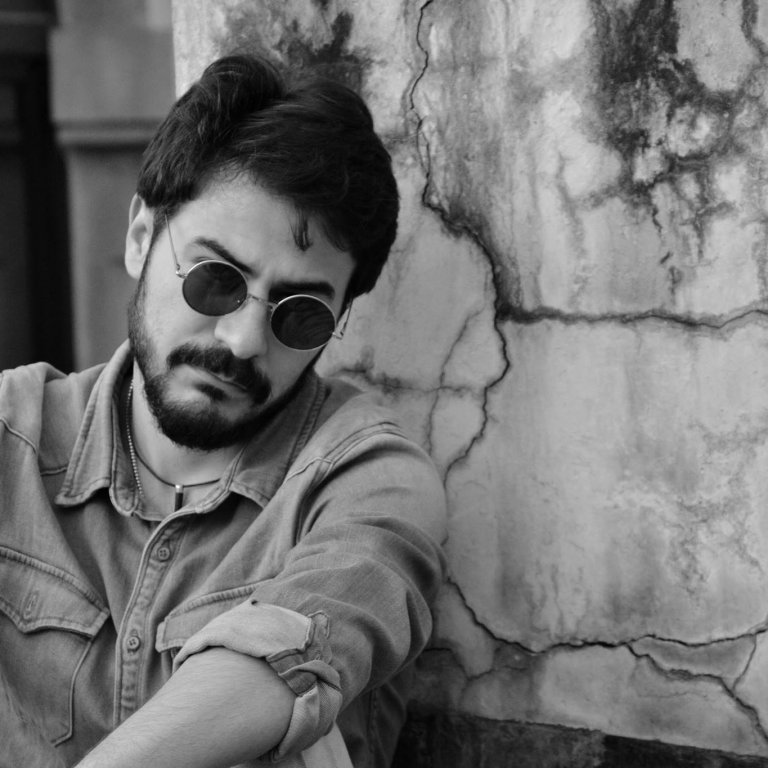 Orkhan is widely known and respected for his paintings, which feature complex and emotional compositions that represent social and spiritual themes.

He layers his canvases with swirls of color and patterns from which more figurative images emerge, playing with perspective and depth that shows the influence of graphic art in his works.