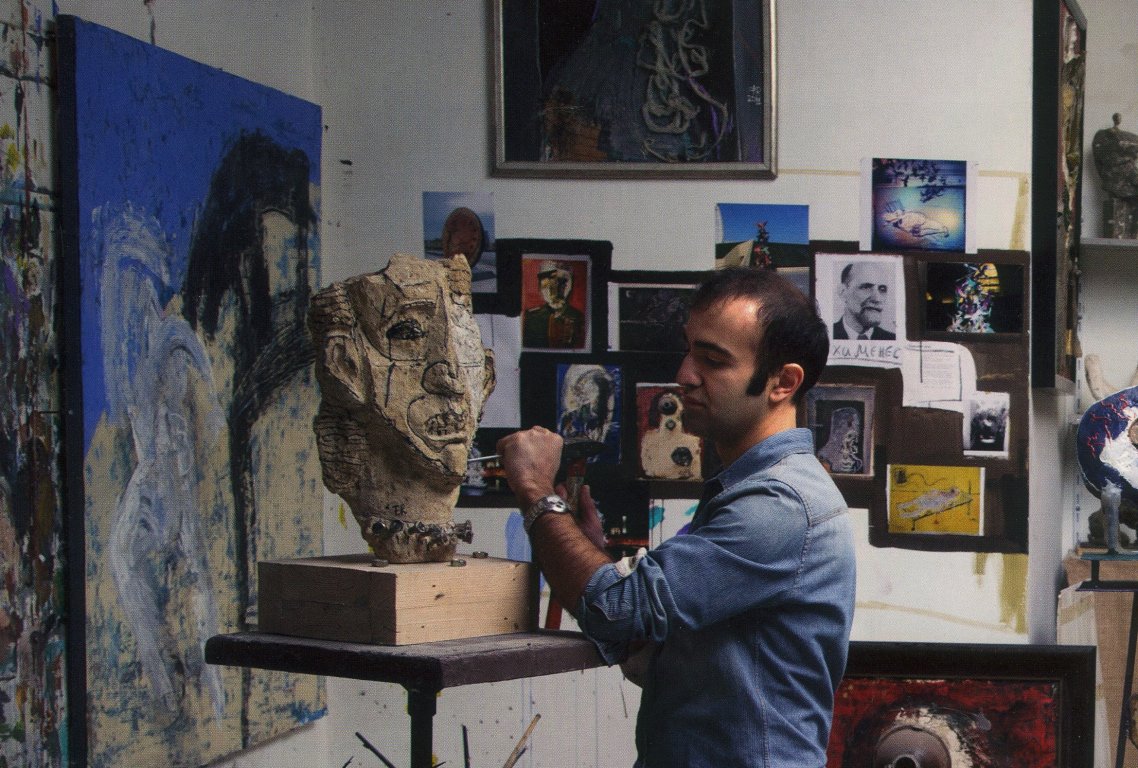 Faraj deforms forms, dreaming of creating a new reality. He works in an expressive and emotional style. Form and content, technology and materials are completely subordinate to him. Simple and generalized styles get a mystical character, while giving a unique power of influence.

Hiding from the Sun