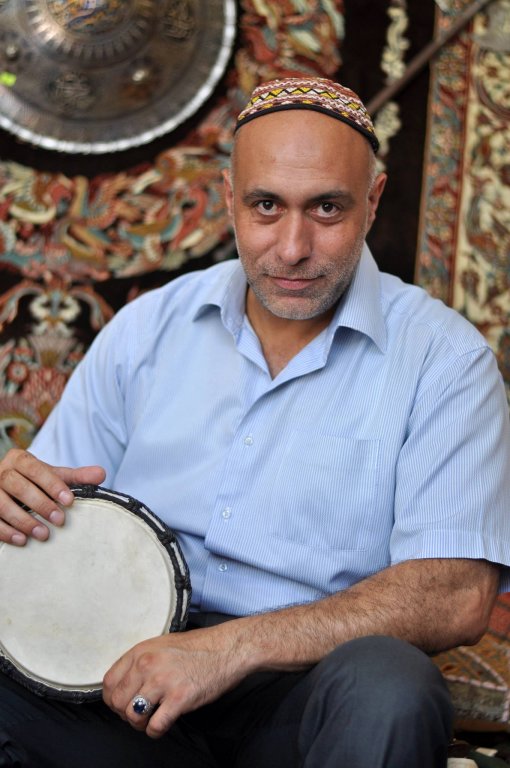 Born in Baku in 1968 Member of the Union of Artists of the Republic of Azerbaijan He entered Azim Azimzade Azerbaijan State Art School, where he studied from 1984 to 1988. However, fate ordered a little differently, and Fuad Manafov for four years (1992-1996) served in the special service of the Ministry of Internal Affairs, and since 1996 to 2016 he worked in different spheres in the security

The painter masterfully conveys the color of old Baku with its patios, men playing backgammon, women in national suits and more.

service. Veteran of the Karabakh war. However, along with this, the love of painting has always lived in his heart. Despite the work taking away the biggest part of his time, Fuad Manafov found a way out of the situation. During these years he did not stop doing painting, even taking part in collective exhibitions in art galleries such as "Giz Galasy," Khatai Arts Center" and "Caravan". Painting allowed him to relax, calm his nerves, distract from his daily routine, and move into this fascinating mysterious world of fine art. Therefore, despite time constraints and a complex schedule, he never severed his connection with painting, trying to devote time to it, though little. The painter masterfully conveys the color of old Baku with its patios, men playing backgammon, women in national suits and more. The main feature of Manafov 's creativity is how he portrays on his canvas the old city with its small streets, washed with bars, small houses and buildings, which lead to admiration of tourists coming to Baku from different countries of the world. The artist 's works are kept in private collections in Azerbaijan, Russia, Germany, Great Britain, Turkey, China and other countries.

Those who saw Manafov 's paintings are amazed on how colorful, bright and interesting he transmits the atmosphere of the old city, because Icheri Sheher is the heart of Baku.

In a southern city